March 15 was Mary’s birthday, but that was no respite for us from exploring all we could of endlessly interesting Singapore.  We took the subway to Little India this morning and walked down Serangoon Road among the kiosks, notably the flower shops selling garlands of fresh jasmine, roses and other flowers for prayer offerings. 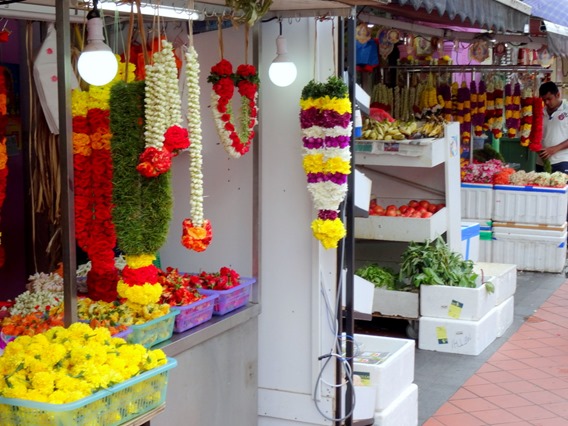 The Indian community here dates to the import of convict laborers from India beginning in 1825, who were used to build many of the colonial buildings in Singapore.  As we saw on day one, the population today is large & immigrants continue to arrive from India & Bangladesh.

We came to our second Hindu temple in Singapore, Sri Veeramakaliamman Temple (don’t ask us how to pronounce it).  Built in the mid 19th century, it is dedicated to the goddess Kali. 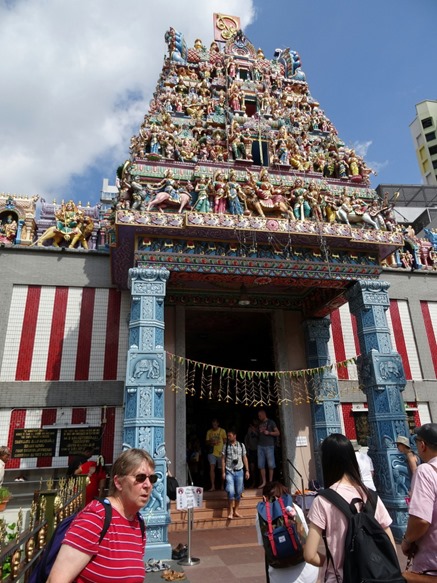 We took off our shoes & went inside.  The temple is filled with sculptures of Hindu divinities and, because it was a Hindu holy day, there were quite a few worshipers as well.  A lot of bustle & a very colorful space. 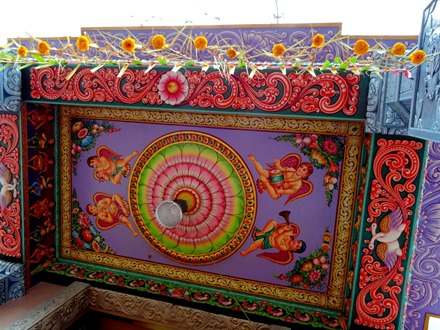 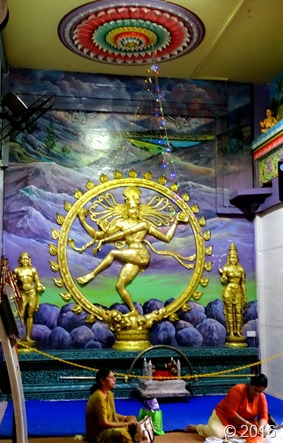 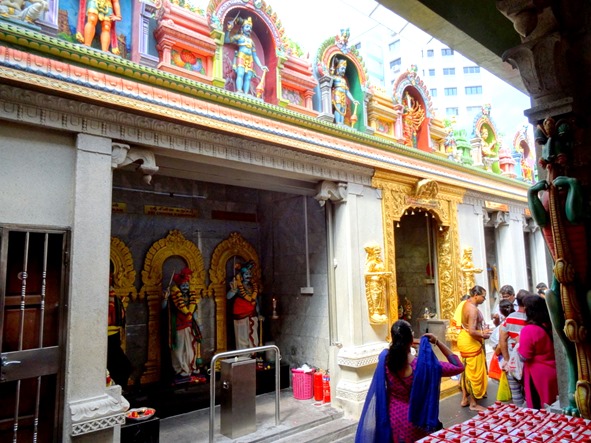 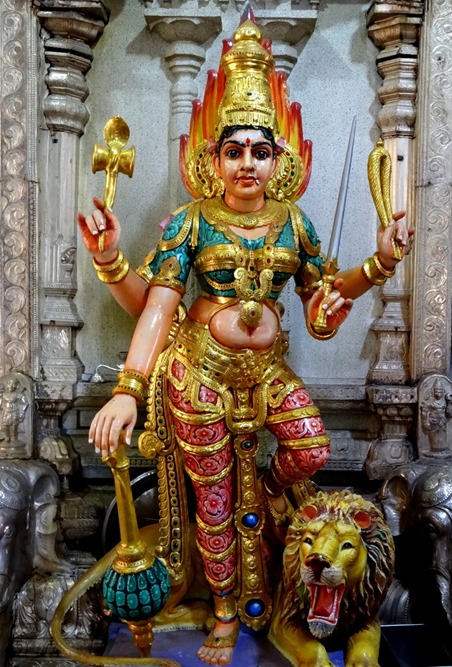 We spent some time walking around & perusing the shops, particularly in the Little India Arcade.  There was much of interest.  Characteristic of all the older parts of Singapore is the shophouse, a 2 or 3 story building with an open store on the first floor and living quarters upstairs.  Actually, we have seen this kind of building all over Southeast Asia, but in Singapore the architecture of the upper floors is much more interesting & diverse. 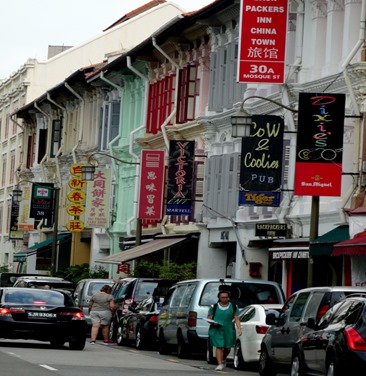 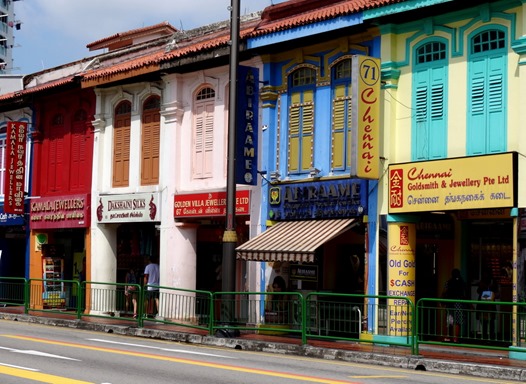 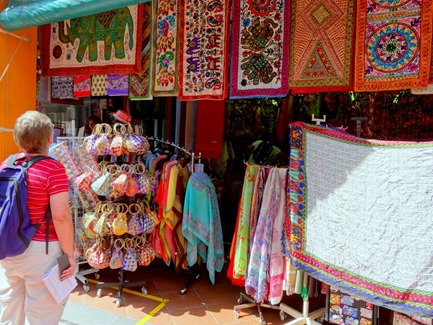 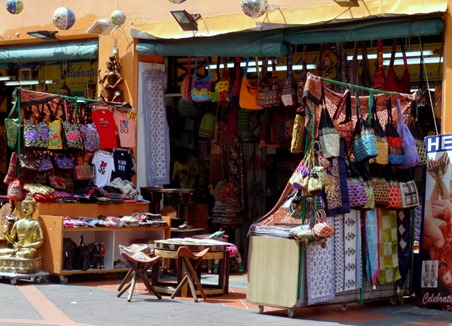 We walked over to Kampong Glam, the Arab neighborhood.  Arab street is famous for its textile shops, with many silks & batiks at widely varying prices.  Vendors are fairly aggressive, but no one was rude.  Nearby is the Sultan Mosque, originally built in 1827 with financing by the East India Company as a result of the treaty between Raffles & Sultan Hussein Muhammed Shah. The current structure, with its fabulous golden dome, was built a century later.  Sadly, we arrived just 10 minutes after it closed for two hours at mid-day, so we could not go inside. 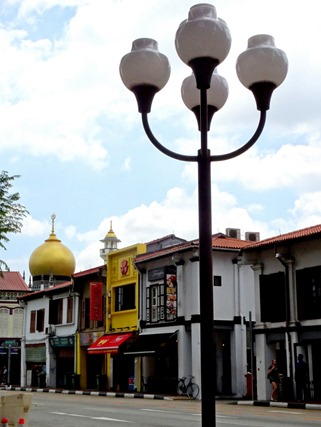 Next to the mosque is the Istana Kampong Glam, which was the Shah’s official residence, built in 1840.  The back of both structures are on Muscat Street, named for the capital of Oman (which we will be visiting later) because the Omanis helped finance the development of this area. 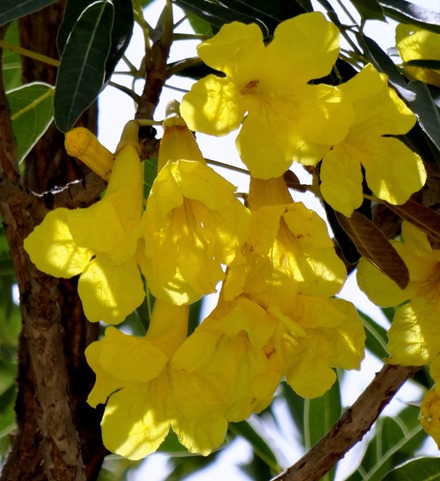 We walked to Chinatown, passing some interesting skyscrapers on the way. 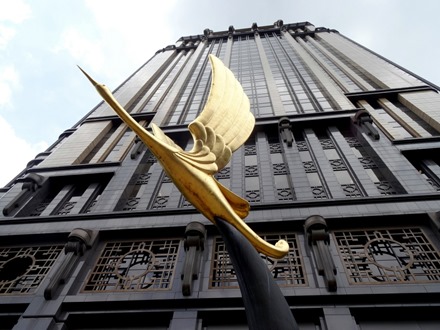 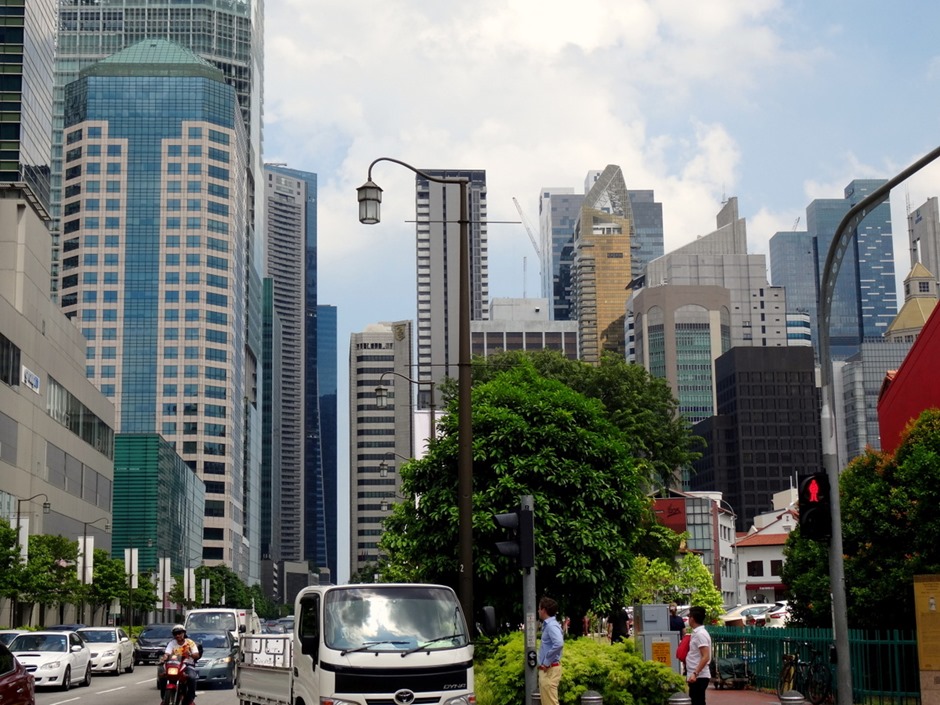 In Chinatown we had lunch at the very Chinese sounding Wall Street Café (which did have Chinese proprietors) on Pagoda Street.  In the 19th century this was lined with shophouses & itinerant vendors, along with opium dens and slave traders dealing in Chinese laborers.  At one end is a set of sculptures evoking that period. 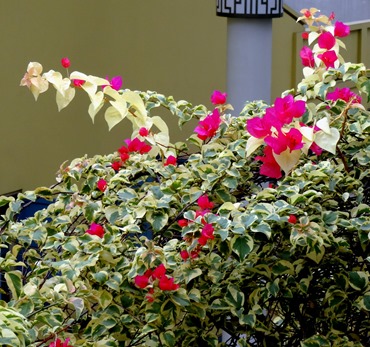 In Chinatown we visited two temples.  First was the Sri Mariamman Temple, the oldest Hindu temple in Singapore, completed in 1843.  It is dedicated to Mariamman, a divinity with healing powers. The gopurum is populated by more than 70 Hindu deities & the wall around the temple grounds is topped with sculptures of sacred cows.  During an annual festival devotees walk on hot coals here.  Near it is the green Jamae Mosque, built in the early 1830’s.  The minarets in its façade are not real, but look like part of a model of a mosque sitting over the entrance. 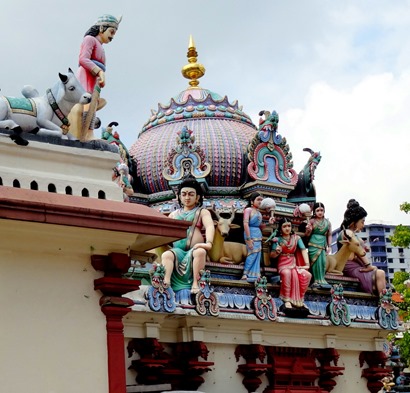 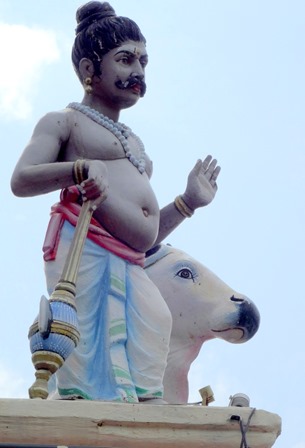 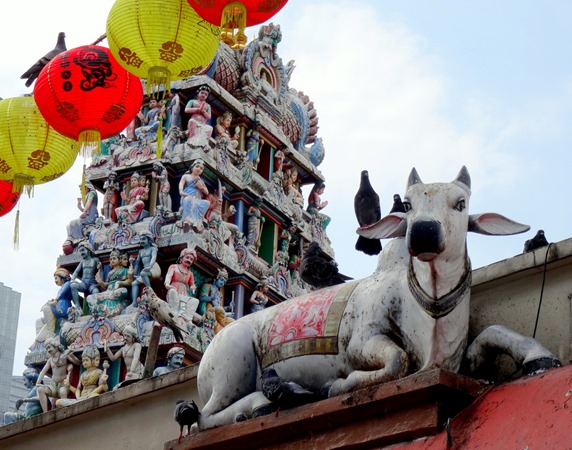 Finally, we visited the Thian Hock Keng Temple, completed in 1842, the oldest Chinese temple in Singapore.  Seafarers came here to give thanks to Ma Zhu Po, protector of sojourners, for safe passage to Singapore.  It is supported on bricks and wooden posts, with no nails used in the main structure. 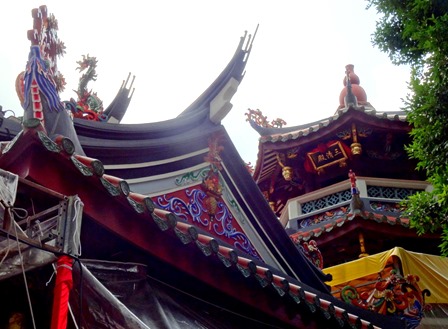 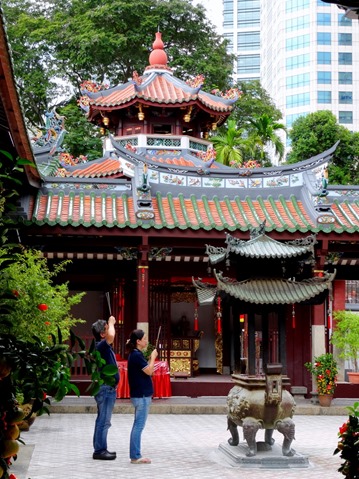 We returned to the ship feeling rather tired, having walked almost 10 miles in very hot weather for the second day in a row.  In the cruise terminal (a huge building with three floors of shops & restaurants) we searched & searched for a place to have a beer to celebrate Mary’s birthday, and finally ended up in a sports bar that seemed to be the only place serving alcohol.  At dinner that night all the waiters sang an Indonesian birthday song to Mary & we were served a birthday cake (Mary’s birthday was in their records, Rick did not tell them!).  We felt that we had seen & done quite a lot in our 2+ days in Singapore, but that there is a whole lot more left to see and do on a return trip in this unusual & diverse city.