Update from the South China Sea

If memory serves, the last time we posted an update we were sailing through hurricane force winds toward western Australia.  We have now seen a video taken from the Crow’s Nest on the top of the ship of waves splashing on the window there, about the height of a 10 story building (although I think the ship was leaning over at the time).  We were not allowed out on deck, so we could only take photos through the windows & from a distance, and they don’t really convey what it was like. 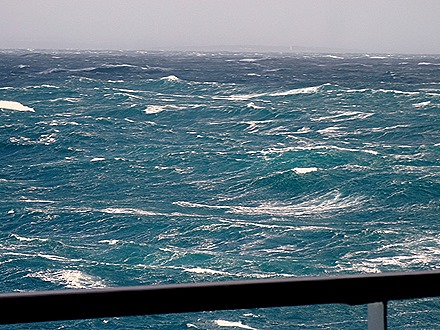 We made it to Kangaroo Island, though too late for our excursion, and we haven’t missed any more ports since.  Right now we are sailing from Manila to Hong Kong through the South China Sea, and it has been pretty rough again for the first time since Australia.  In between, in Bali & the Philippines, the seas were calm but the temperatures & humidity were very high.

In western Australia we visited Albany & Fremantle, two towns long associated with whaling, and Adelaide, which looks like a better place to live than to visit.  Fremantle’s prison for convicts transported from England was very interesting as was Albany’s museum to the Anzac (Australia & New Zealand Army Corp) troops, who left from there to fight in World War I.

So far, our best port has probably been Bali in Indonesia.  It is a most beautiful island with a Hindu culture that is very different from everyplace else we have visited.  We rented a van with a guide along with all of our tablemates for two days there & we saw several beautiful temples, visited a forest full of friendly monkeys & had a day devoted to art & craft studios. 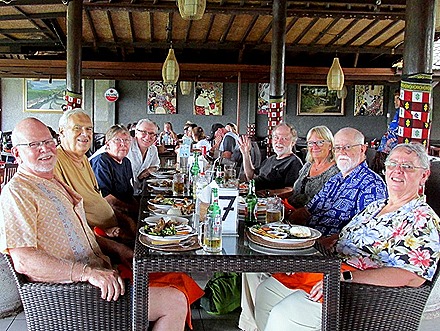 Our three days in the Philippines were hot & muggy.  Puerto Princesa is a small town without a lot to see & Manila is a very big city with too much to see.  Both felt overcrowded & the fellows wanting to be your guide were plentiful & dogged.  Nevertheless, we saw some interesting sights, particularly those associated with World War II.

So now its on to Hong Kong for two interesting days.  That’s it until next time.

This entry was posted on March 7, 2018 by Rick. It was filed under Around The World Again .