We haven’t reached any ports yet (except Georgetown, Grand Cayman, which we have been to several times & didn’t love very much, so we stayed on the ship).  However, I wanted to see how the blog posting goes, particularly since our internet connection on the ship is spotty & VERY SLOW.  So, today we will share with you some photos taken aboard the ship.  Assuming this all works as it should, if you hover your mouse over a picture (ie. don’t press any buttons), a caption should pop up that will tell you what you are looking at.

First, here are a couple of paintings of the ship.  The first one is of the original Prinsendam, which sank in 1980 (everyone on board was rescued, but its not pleasant to think about, for those of us on board).  The second is of the ship we are on. 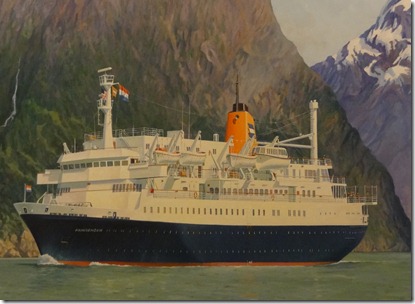 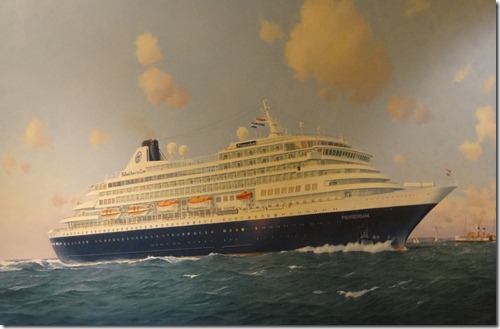 On Thursday we sailed past Cuba, so here are a couple of pictures of Cuba: 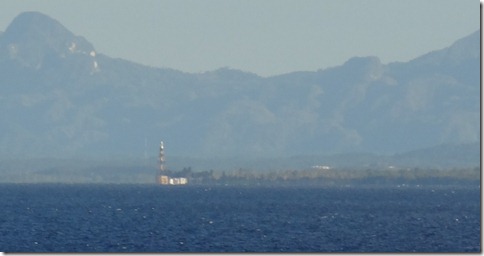 Today we sailed past the Columbia Archipelago, a group of 3 islands in the Caribbean near the coast of Nicaragua (don’t know why they are Columbian, but they are).  Not much of a picture, but here it is anyway, just because I can:

And finally, some pictures aboard the ship: the Atrium, which contains the spiral staircase in the center of the ship, much more modest than on other ships we have been on, but more tasteful & less gaudy, in my opinion.  Also the aft dining deck, which is a great place for an outdoor breakfast or lunch (today we saw a whole lot of leaping tuna over the side of the ship there), the library (of course, for anyone who knows Mary), the view from our stateroom & some shots out on the deck. 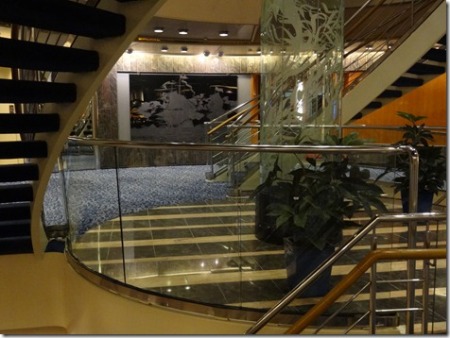 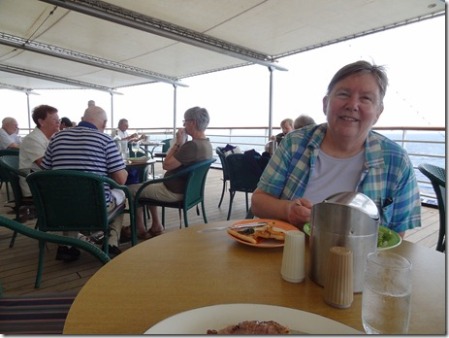 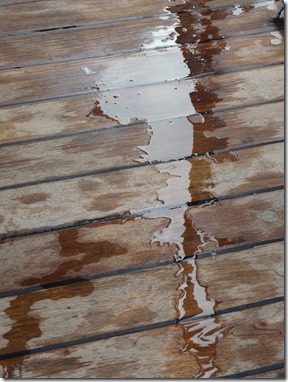 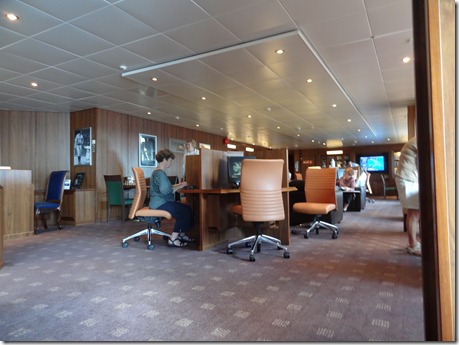 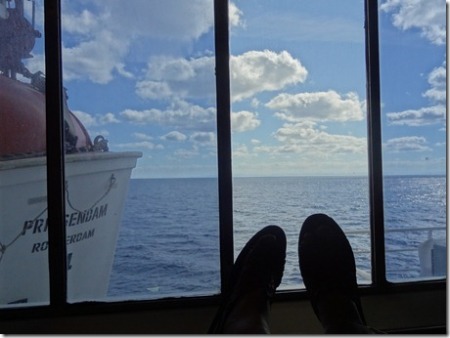 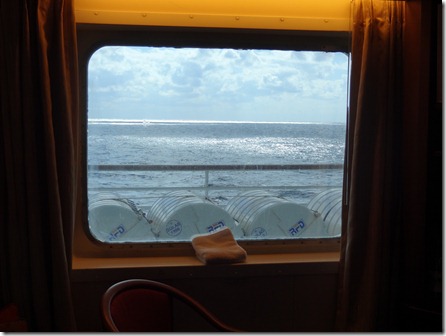 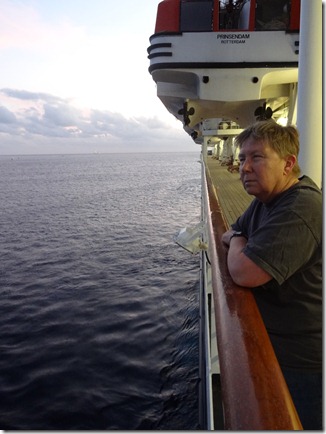 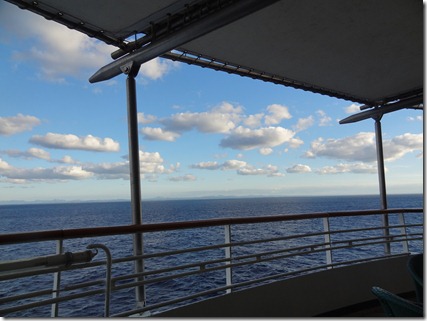 Oops, that wasn’t all!  Here is the piano trio playing in the lounge, & a huge painting of an unidentified sea battle (you can bet the Dutch are the good guys, since this is the Holland America Line) that is hanging rather impressively in that same lounge. 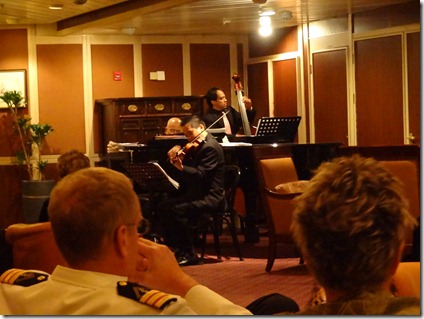 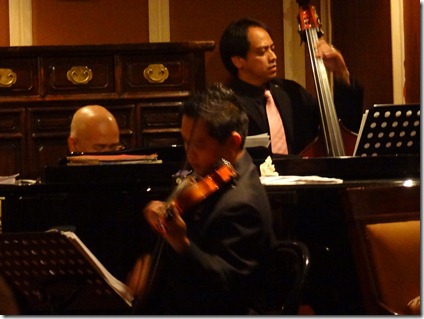 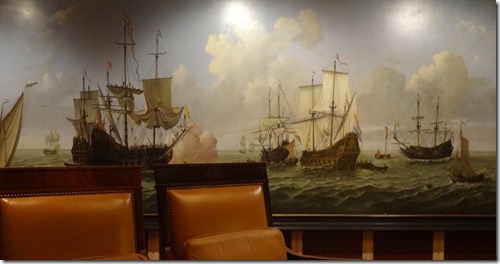 Tomorrow we will stop at Bocas Del Toro, an island off the Caribbean coast of Panama, & the next day we will go through the Canal, & then to Ecuador.  So there should be more to post within a few more days.

This entry was posted on January 7, 2012 by Rick. It was filed under South America Circumnavigation .