On the morning of Saturday, January 9, we docked in the harbor of Puerto Limon, Costa Rica.  Costa Rica is a beautiful country which has abolished its military to free up funds for social welfare and education. The Afro-Costa Rican population, most of whom live in or near Puerto Limon, were not considered citizens until the mid 20th century.  This is a fairly ramshackle little town, located in a spot where Christopher Columbus stopped to repair one of his ships in 1502.  Although the town was actually founded in the mid-19th century, we saw signs indicating it dates itself from 1502.  Puerto Limon is Costa Rica’s major port on the Caribbean side and it has a brisk traffic in containers.  Bananas & coffee are the major exports, although it has a reputation as a drug trading center & a very tough and dangerous town. 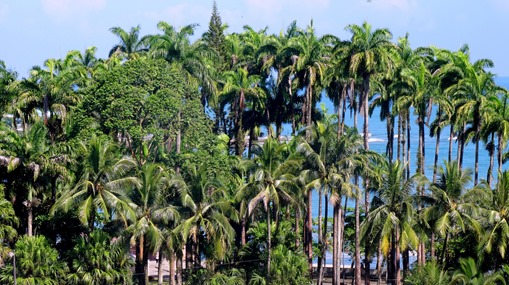 Most travellers come here for eco-tourism, of which Costa Rica is a leader.  We had seen the wildlife & rainforest on a previous visit & we have quite a few excursions scheduled on this trip, so we decided just to walk around town.  It was a hot & sunny day and really there is little here that is of interest for the visitor.  There is a museum that is supposed to be interesting, but it was closed the day we were there.  So we set out to find the public library (for newcomers, we do that a lot).  We found it, a nice looking little green library with painted stone benches & wall murals in the courtyard.  But it was abandoned and locked up behind a wire gate; we hope it has been relocated rather than eliminated. 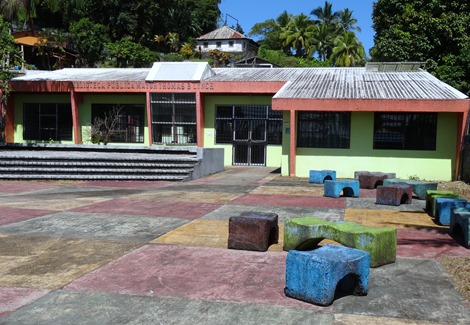 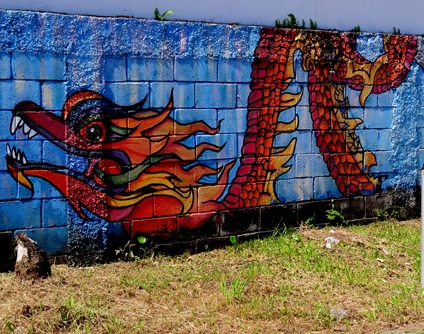 Strolling along the streets, unsuccessfully looking for the museum, we passed shops, houses & the baseball stadium.  We also passed the Post Office, which had an interesting stucco decoration over the doors and windows. 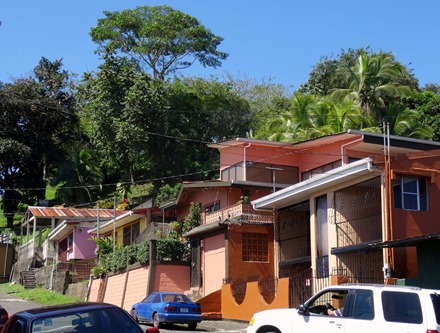 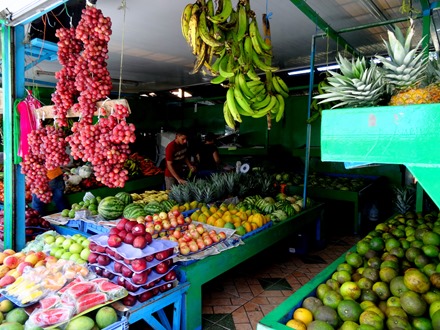 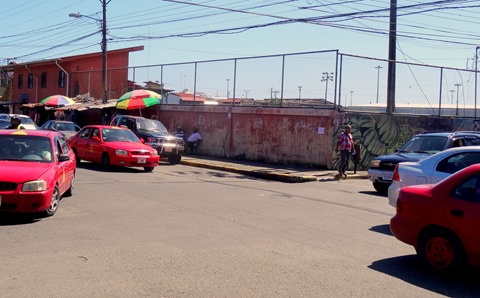 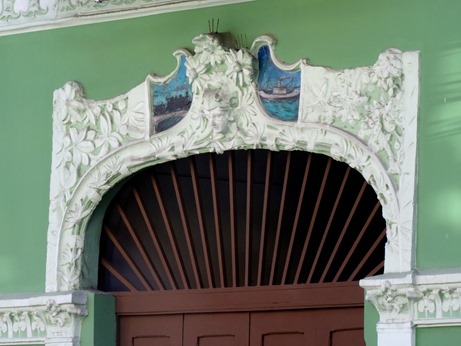 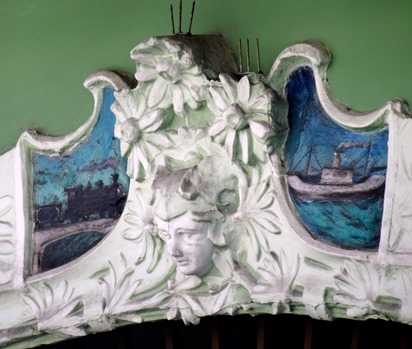 The tallest building in town is the modern cathedral, which was clearly visible from the ship.  It has an old and a new bell tower, an attractive wood slat ceiling & colorful stained glass windows.  A very tall Christmas tree (not a real tree) was still standing outside the front façade & colorful flowers lined the street outside.  The modern design indicates that it was rebuilt after the town suffered a severe earthquake in 1991. 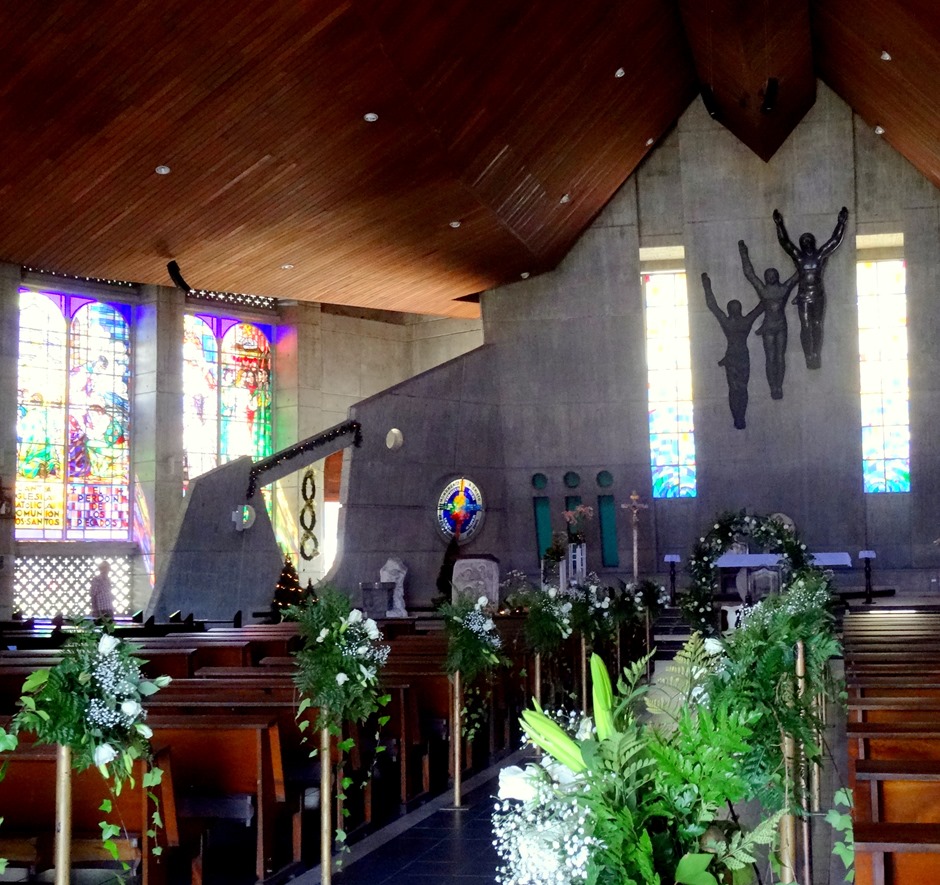 Last but not least we walked over to the Parque Vargas, not far from the port.  This is a very pleasant small park bordering the sea, with very tall trees including palms, some laden with bright yellow coconuts. We also saw large stone sculptures and a bandstand in the center.  A lot of construction is in progress, so you have to watch your step 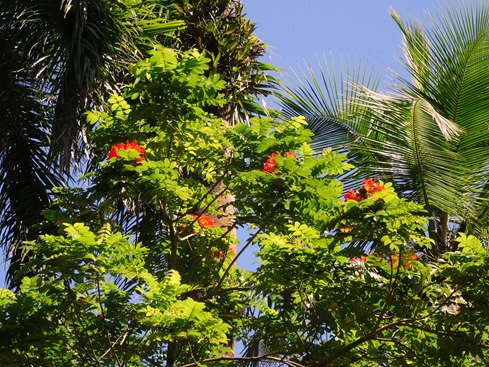 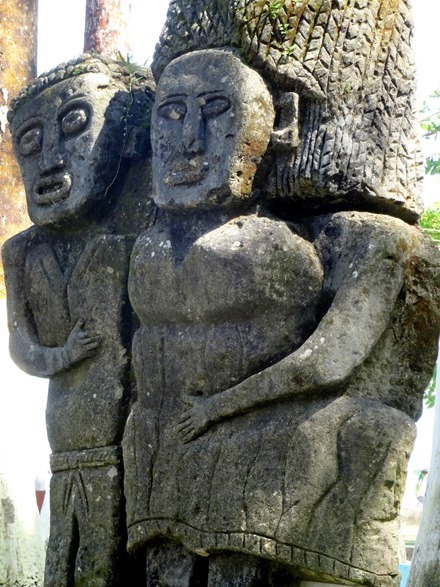 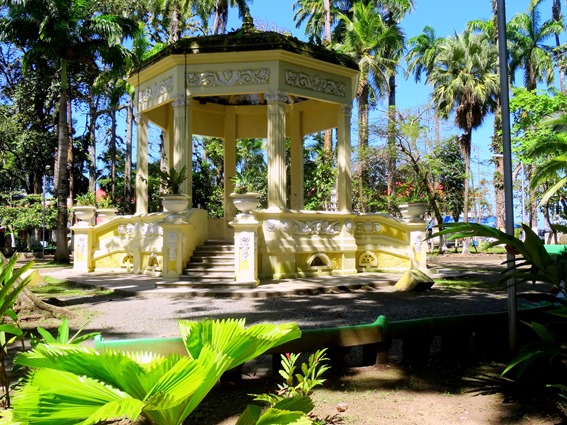 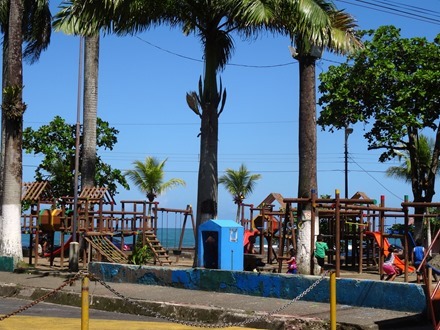 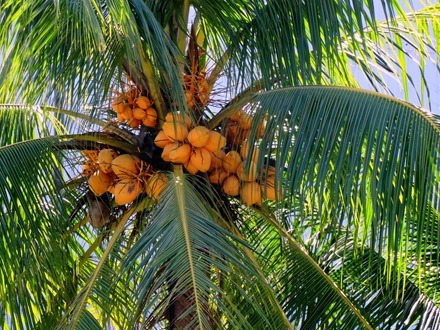 The wildlife includes interesting birds unafraid of people & some sloths high in the trees.  We never would have seen them, since they look like shadows in the branches to the uninitiated.  But a local guy pointed them out to us – a baby & an adult – and woke one of them up by banging the bottom of the tree with something loud.  They are cute in a homely sort of way. 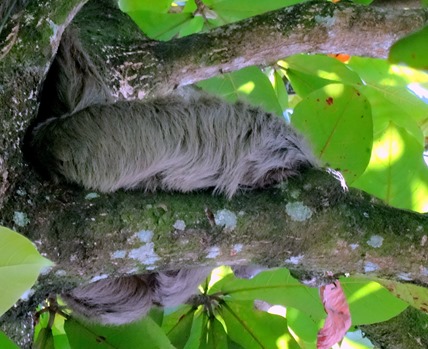 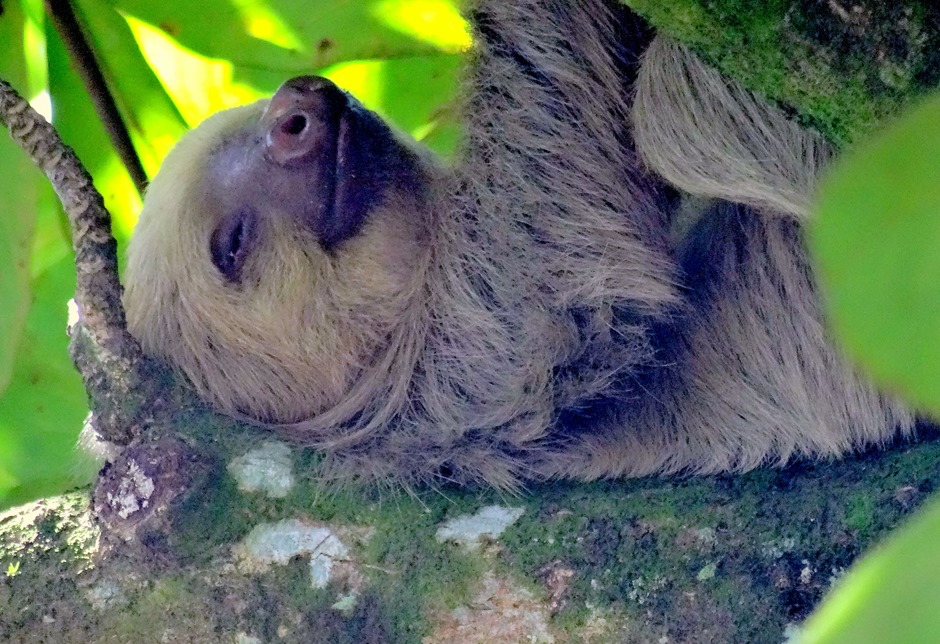 By now we were tired from the heat & humidity so we headed back to the ship.  In the afternoon we sailed away toward Panama & there was a sailaway party on the aft deck. 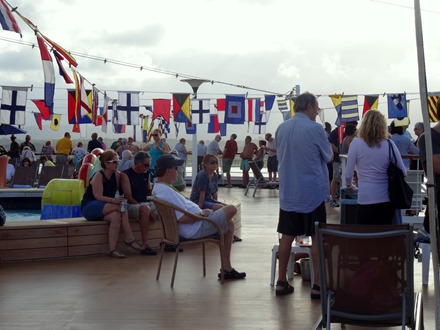 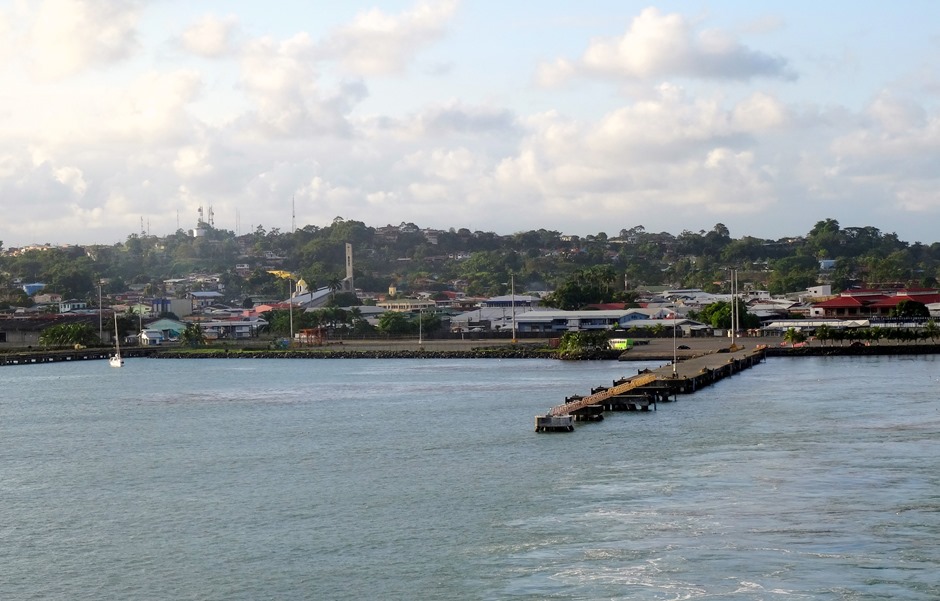 So that’s it for Costa Rica.  All that is left are a couple of towel animals to end this episode.

This entry was posted on February 3, 2016 by Rick. It was filed under Around The World .