On Wednesday, February 22, we came to the port of Cabedelo, whose main claim to fame is that it is the starting point of the Amazon highway (several decades in the making but still far from complete).  A fort was established here in 1589 to keep out the Dutch (not entirely successful).  This is, as I understand it, the easternmost city in the Americas; it is closer to Africa than to southern Brazil, which we found a little mind-boggling. 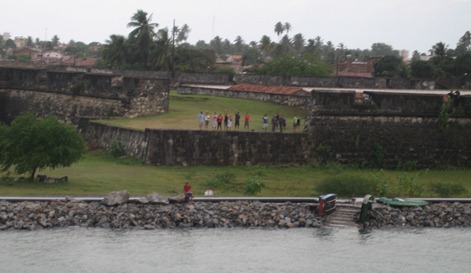 Only two cruise ships a year stop at Cabedelo, which explains why we were greeted by a band at the dock as we left the ship.  Cabedelo has some decent beaches. 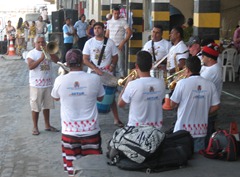 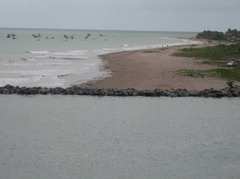 Up the river, about a 40 minute bus ride, is the city of Joao Pessoa (John Person), another Brazilian city of a couple million people, established in 1585.

Fortunately, the old part of the city, which we visited, is not among these skyscrapers.  It is a small area, but I don’t think I have ever seen so many churches per square yard.  They were not needed to serve multiple denominations,since just about everyone here was Catholic, so it is puzzling that such a small town needed to be divided among so many churches.  Some of them are very pretty, although with the damp climate there was a lot of mold.  We were told that fighting the mold is a never ending battle.  The one that seems predominant is the Convento Sao Francisco de Assis (not actually a church), which has a large courtyard and is supposed to have a beautiful ceiling inside, but we didn’t go in to see it (churches are not exactly novelties on this trip). 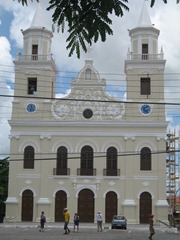 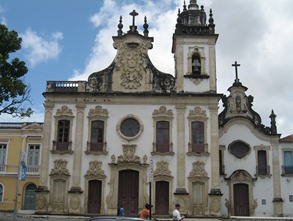 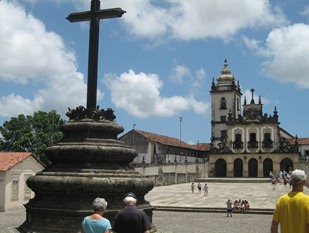 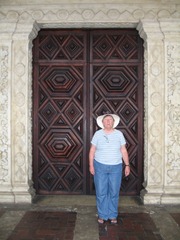 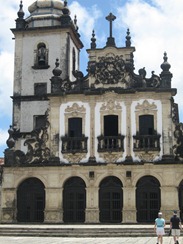 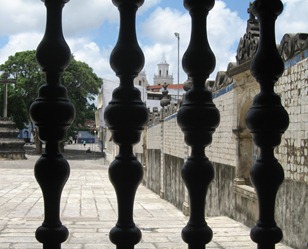 There were some colorful streets in the old town, but everything was closed up since it was still the morning after Carnaval.  Of course it was also Ash Wednesday so we thought it odd that the churches weren’t open, but apparently religion isn’t really the central object of Carnaval any more. 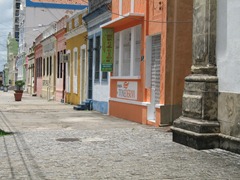 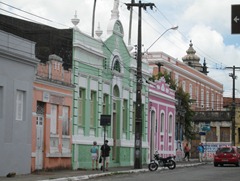 We did find the Biblioteca (after much searching) but like everything else it was closed. 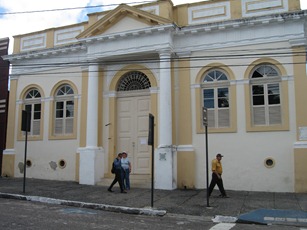 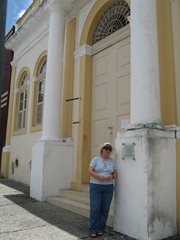 There were some mosaic sidewalks, but the design was much smaller than in Rio & it was done the easy way, with square tiles embossed with the wavy pattern.  There was also some nice tile work on a number of the buildings. 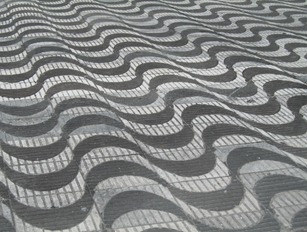 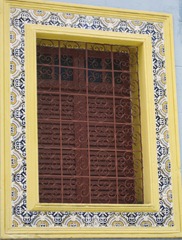 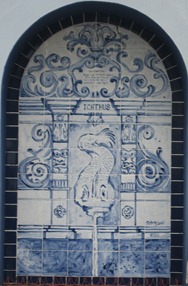 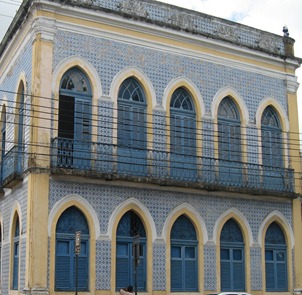 As you saw earlier, however, most of the city was high-rise buildings.  The highrise apartment buildings in this area are different from what you normally see in North America, in that they often have patterns of bright color & many of the windows are much smaller, presumably to help keep out the heat. 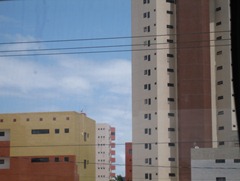 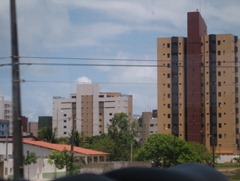 To end this post here is the last towel animal we have gotten (one of the best, though).  We were told there would be water issues for the trip through the Amazon so they are trying to cut down on laundry and the first thing to go is the towel animals.  You may recall this happened in Antarctica as well. 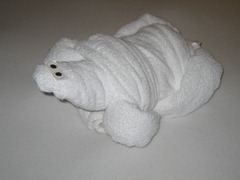 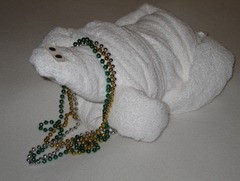 This entry was posted on February 29, 2012 by Rick. It was filed under South America Circumnavigation .