*With apologies to the old lefthander, Joe Nuxhall

After leaving Madeira we spent a full week at sea crossing the Atlantic to Ft Lauderdale, where we would exit the ship on the morning of April 30.  There was a lot going on during that week, with people preparing to leave the ship, goodbye parties, performances, etc. So here’s a taste of all that.

HAL’s crews are mostly Indonesian & Filipino (HAL has a training facility in Indonesia), and each group put on a show of song & dance from their native country.  Both shows were colorful & entertaining & it was fun to see the talent of some of our regular waiters, wine stewards, room attendants, etc..  First the Indonesian show. 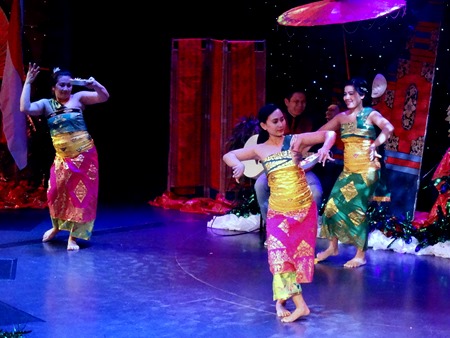 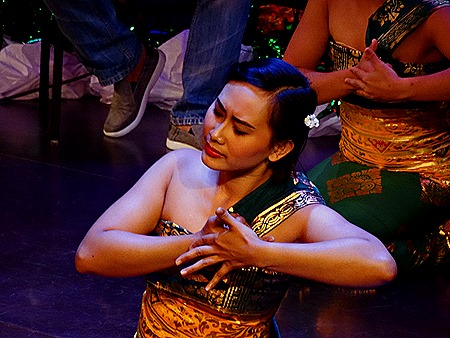 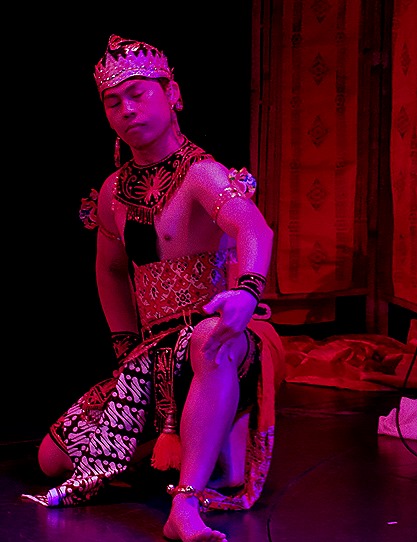 A few days later the Filipino staff presented their show.  Our wine steward for the last part of the trip, who was called Nestor, produced, directed & was one of the star performers in this show.  He did a great job. 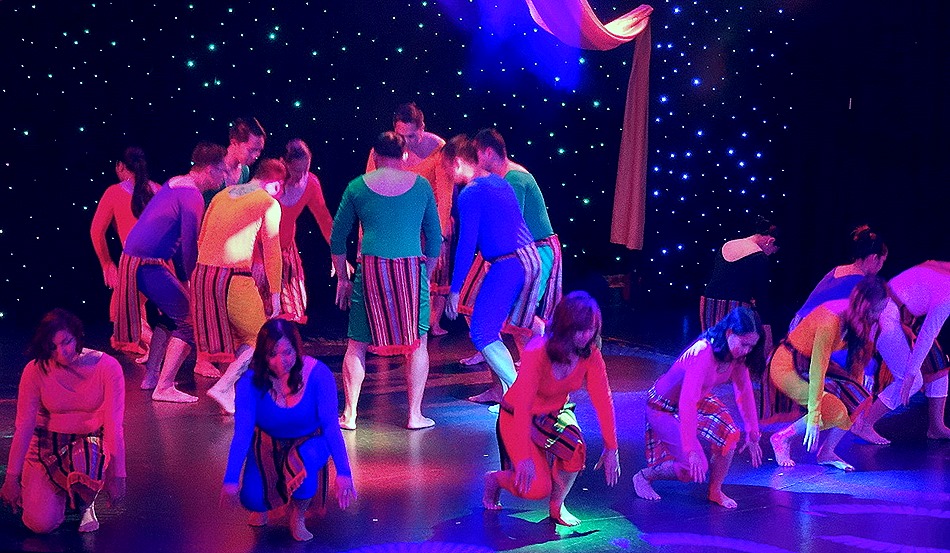 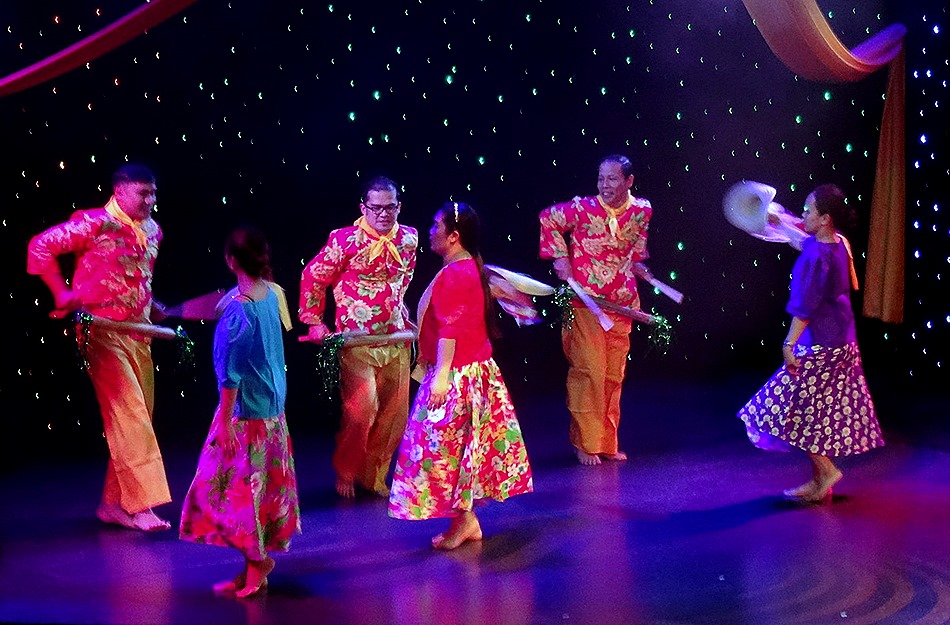 There were several other notable voyage ending concerts.  First, David & Attila, the excellent violin & piano duo that played in the Explorers’ Lounge every night under the name of Adagio, had a concert on the stage in the Queen’s Lounge backed by the Amsterdam Orchestra.  They are always very good, but maybe a little better in their natural habitat. They really don’t need any accompaniment. 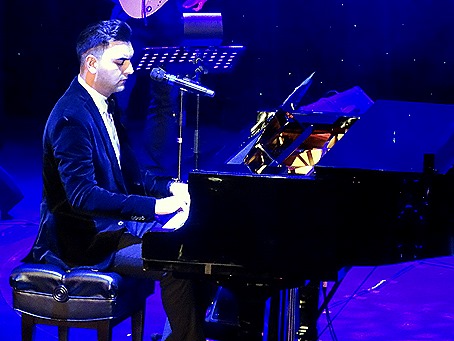 An amazingly good steel drum group called Island Magic gave two performances during the last week.  Not just the expected Calypso music, they played classical & swing numbers as well.  You haven’t heard anything until you have heard classical music played on steel drums!  At their first concert they started out with three Andrew Lloyd Weber pieces & we weren’t sure we wanted to stay for an Andrew Lloyd Weber tribute concert, but then they proceeded to a more interesting mix of music & we were really glad we stayed.  The two front players even engaged in some Pips style choreography a few times. Great show.

There was a final musical extravaganza that included most of the musicians who had been with the ship throughout the voyage.  It opened with the Amsterdam Orchestra playing with the singers from the production ensemble from the second half of he trip.  Sebastian, the superb guitarist with the Amsterdam Orchestra, was showcased for a few songs, at least one of which he wrote himself.  Debbie Bacon from the Piano Bar played a rousing six handed piece with Michael & Connor, the keyboardists with the Amsterdam Orchestra.  The Neptunes, a very good jazz trio when they aren’t just playing for dancing, performed & then David & Attila were back on the main stage for another piece backed by the Orchestra.  The lead singer with the dance band from the Crow’s Nest, whose name we don’t know, gave a dynamite performance of Man of La Mancha and Michael & Connor were back for some four handed piano.  There was more, but we had to leave for dinner. 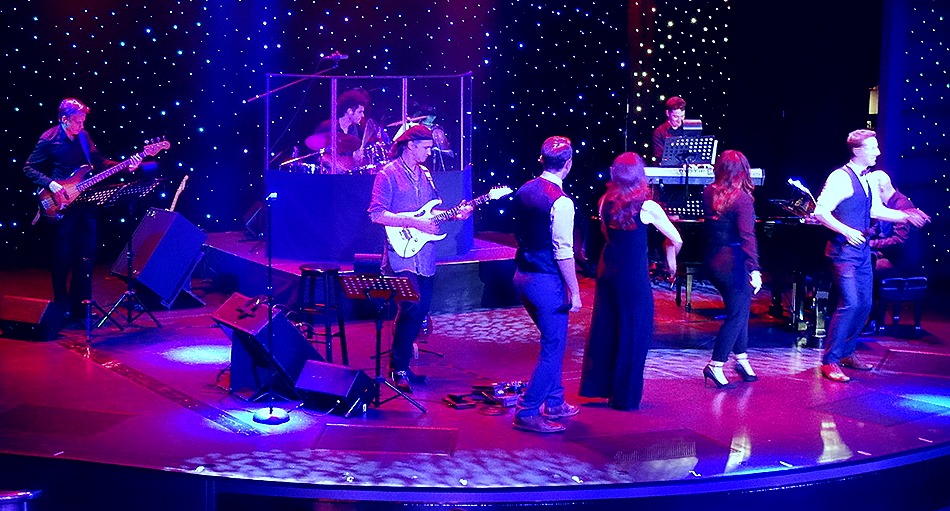 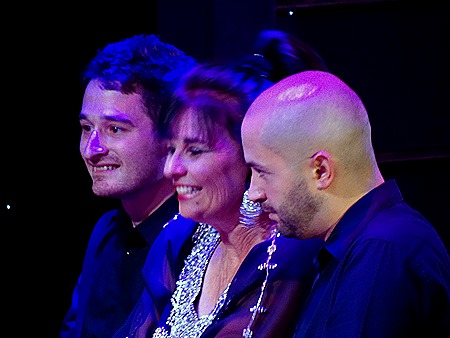 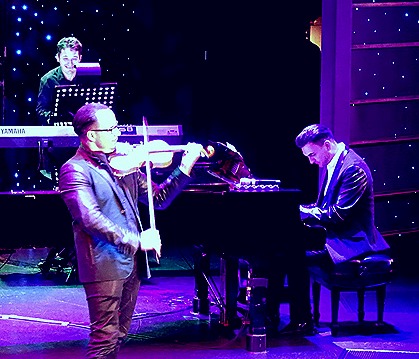 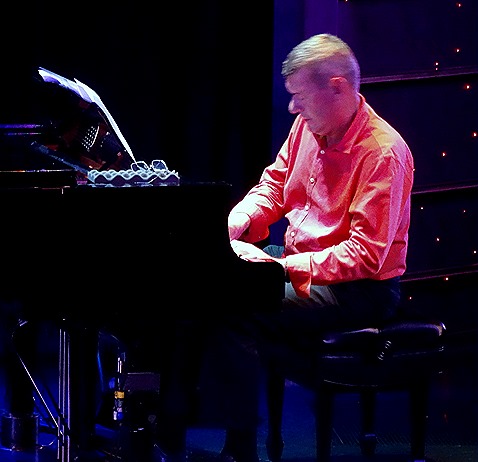 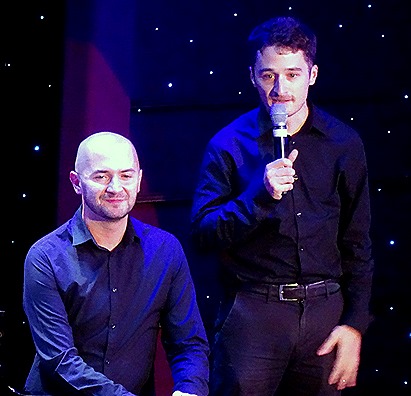 And so it was time to pack up (a big job after four months) & say goodbye. There was an assembly for that in the Queen’s Lounge, where Captain Mercer & Gene the Cruise Director spoke, among others.  Barbara, the travel guide, presented a five minute(!) recap of the entire four month journey, complete with pictures. 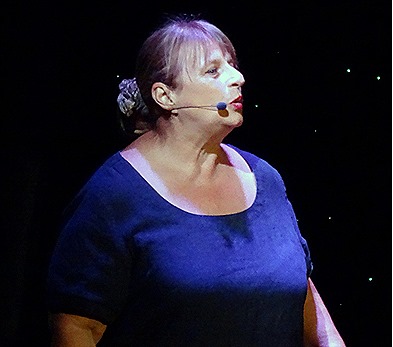 Time for one more party, a champagne get together in Robert & Bill’s suite, then it was time to disembark on the morning of May 30 (that part wasn’t fun).  Here is a last picture of the group that shared our table for the full four months, time enough to get to know each other very well.  We were lucky; it was a really good group of table mates who got along really well the whole time.  One person compared it to a family, but Rick disagreed because we never fought with one another.  Here we are with a special order of one of our favorite deserts (well, favorite of everybody but Robert & Mary), a Cappuccino Bomb consisting of a large hunk of cappuccino ice cream enclosed in hard chocolate.

The day we disembarked we had lunch with John & Karen, friends from a previous cruise, a little way north of Ft Lauderdale, then dinner with Ada & Chuck, also friends from a previous cruise, in Miami. We greatly enjoyed seeing them all, but we should have taken two days.  Then we spent a few days with Michael & Irene, Mary’s aunt & uncle, in St Petersburg & another night with Barb & Bing, more friends from previous cruises.  In South Carolina we had dinner with Linda & Paul, Rick’s cousins, then made it home the next day.  It was really nice seeing all of these people who we hadn’t seen in some time, but what a social whirl!  We were very tired when we finally got home, but just three weeks later we were off again on a three week driving trip to Texas & Minneapolis to visit family. So that partially explains why it took so long after we got back to complete this blog!

So that’s it for this truly epic journey, a true circumnavigation of the globe (which we discovered requires you to pass through two points on precisely opposite sides of the world . . . ours were near New Zealand & Gibraltar)).  This is truly a once in a lifetime trip . . . unless you do it again, which we just might.  So long until next time. 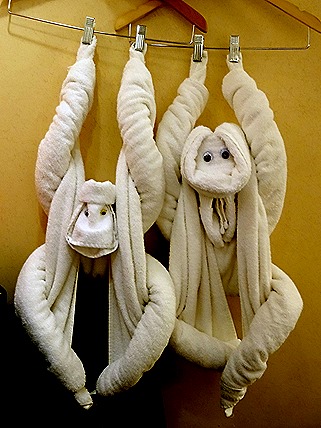