We pulled into the dock at Fortaleza at 8:00 AM on March 3 for a short stay, leaving at 2:00 PM.  Fortaleza is a major city of 2.5 million (4 million in the metro area) that is known for its miles and miles of beaches.  But when we looked out all we could see were high rise buildings stretching as far as the eye could see.

The city dates back to 1603, when the Portuguese built a fort and started a settlement.  The Dutch took over in 1637 and built a five pointed fortress called Fort Schoonenborch in 1649.  In 1654 it was handed over to the Portuguese who renamed it Fortaleza da Nossa Senhora de Assuncao, the first word of which gave the city its name.

We have wondered why this stop is included on this voyage, since there is little of interest to see, particularly in 6 hours.  We think it may be a resupply stop before entering the Amazon, but we really don’t know.  Last time we were here we took a shuttle into town and visited the few sites of interest there.

They say the beaches are the big attraction here for tourists, but we aren’t really beach people and in any event the water here is said to be pretty polluted.  So mostly to avoid spending the whole day on the ship we decided to take the ship’s shuttle bus into town.  It was going to an exotic sounding place called Centro de Turismo (Center for Tourism).  On the way we passed some of the skyscrapers and also the Metropolitan Cathedral (a large gothic building completed in 1978) and the Mercado Central (a round white marketplace with some 500 vendors on several open stories).  We visited these last two places on our previous visit in 2012. 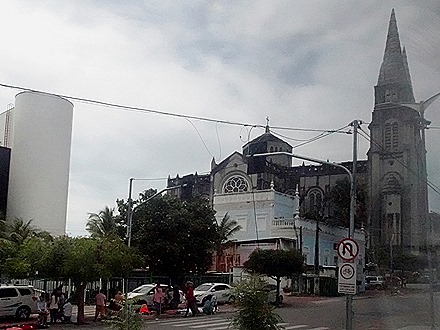 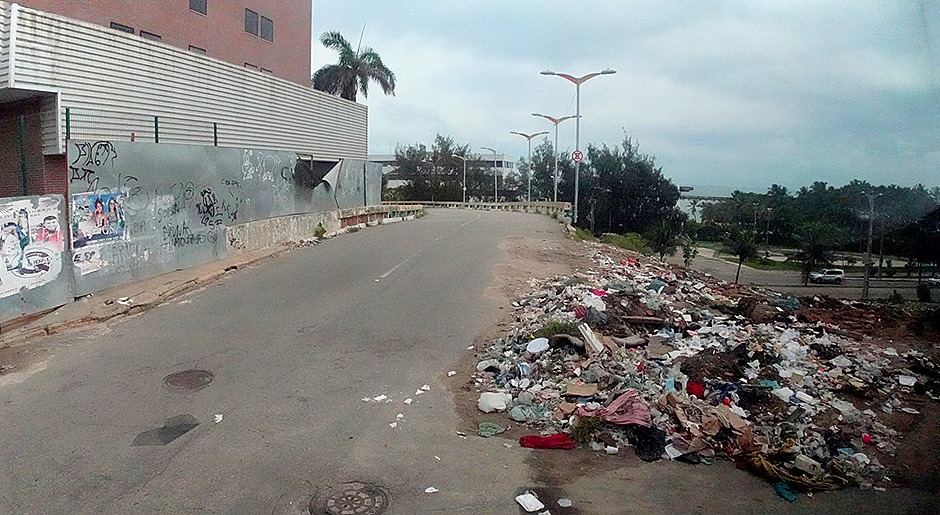 The Centro de Turismo is a handicraft market in a 19th century jail (déjà vu from Recife).  Vendors set up shop in the old jail cells.  Clothes and textiles seem to predominate, but there are also a lot of souvenirs, local foods (particularly nuts) and other crafts. 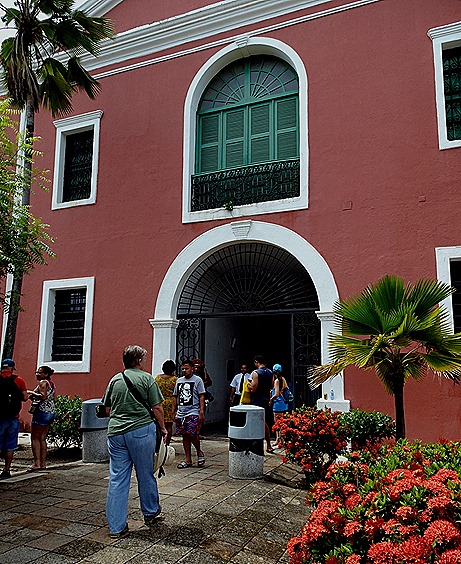 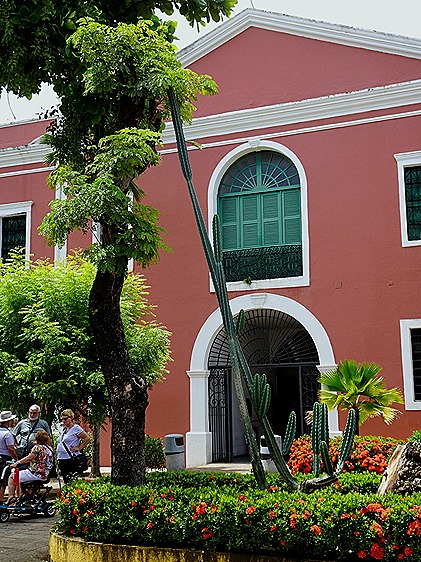 Several large wooden sculptures were on display in the entrance corridor.  They might have looked nice in our house but weren’t for sale and wouldn’t have fit in our luggage anyway. 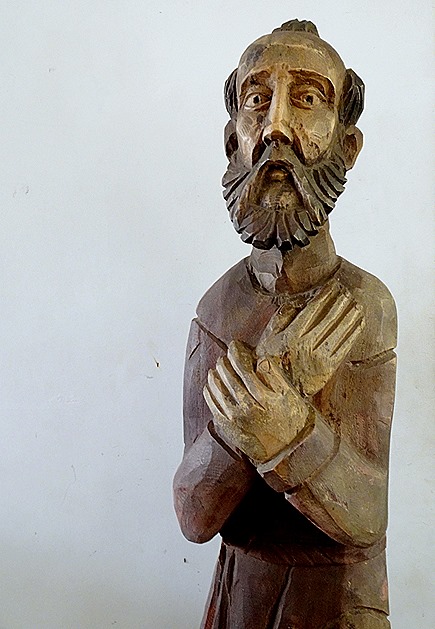 We walked down the aisles window shopping at the vendors’ shops in the old jail cells.  Very colorful and quite a variety of stuff, but the hall was quite crowded even with only a few shoppers. 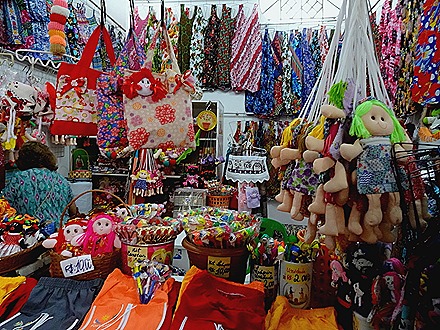 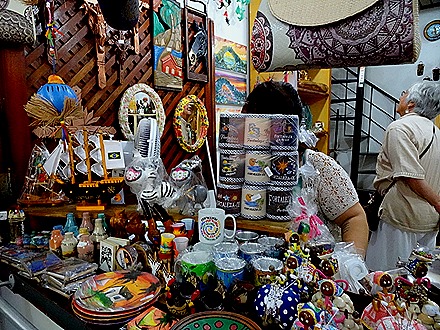 If you have been to a beach community you have probably seen little bottles with designs or pictures inside made of colored sand.  This art form originated in this area and in one shop we encountered a fellow who was busy making them.  His were larger bottles than you usually see and had more elaborate pictures, including copies of some famous paintings.  It looks like difficult work that takes a lot of concentration, steady hands and good eyesight. 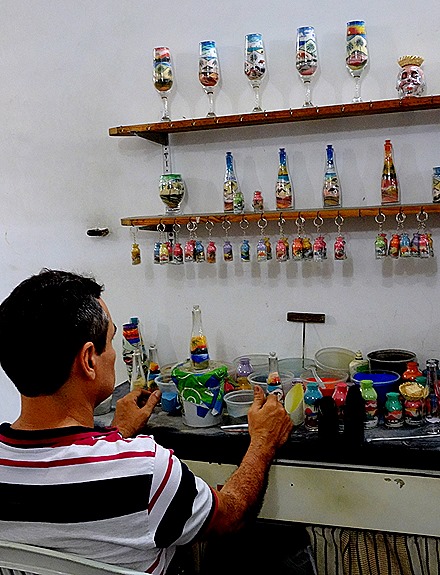 We were warned not to leave the building because the neighboring streets were very dangerous.  This struck us as odd because when we visited here in 2012 the shuttle dropped us off downtown by the Central Market and we walked all around by ourselves without incident or warning.  Maybe a lot has changed since then or maybe this is just a worse part of town.  Or maybe they just wanted to have a large group of captive shoppers.  Be that as it may, we didn’t walk around but we did go to the back door to see what the street looked like.  Across the street was a long yellow building with arched windows and lots of graffiti.  The entrance to the Centro de Turismo on this side, also yellow, was similarly defaced with graffiti.  So maybe its not a nice area after all. 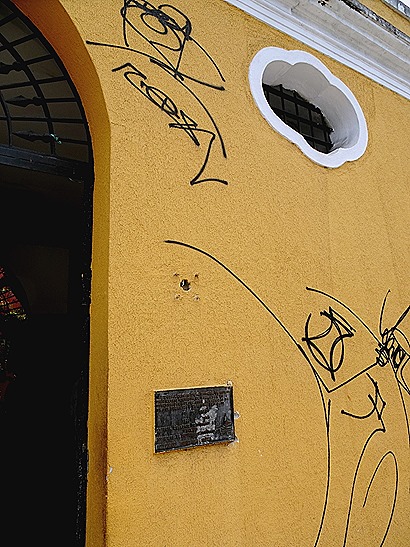 Having seen pretty much all of the Centro de Turismo and having been warned against wandering anywhere else, there was nothing left for us to do but board the shuttle bus for the trip back to the ship.  We passed the Central Market and the cathedral again, some of the high rise neighborhoods and some less dense areas.  The bus windows weren’t very clean and there wasn’t a lot of light so the pictures aren’t what one might have hoped. 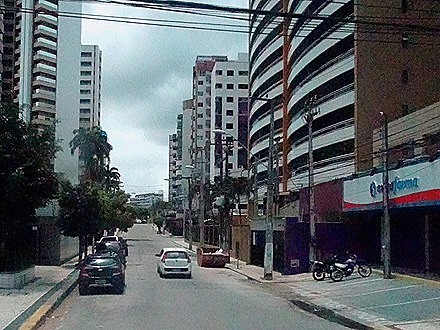 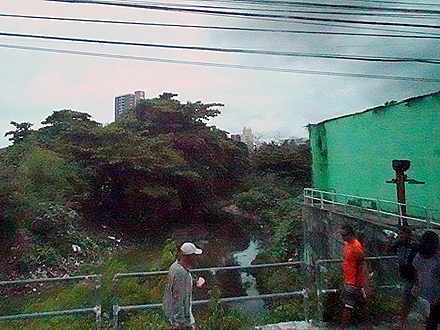 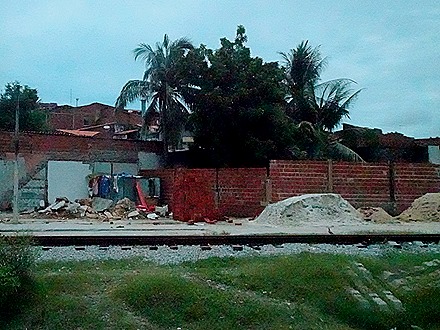 Mucuripe is a neighborhood and beach near the current port.  It was, as we understand it, the site of the original settlement here and its cove was the original port.  We passed a sign on a stone wall for Mucuripe then on our way to the ship we passed the Mucuripe lighthouse and some beaches on the other (left) side of the port where people were swimming. 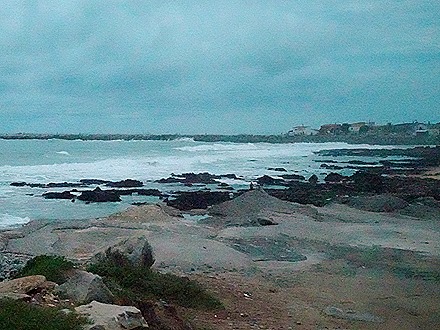 It was early afternoon when we sailed away.  Plenty of people were out on the beaches enjoying themselves.  As we sailed away we got a final look at the long beachfront lined with skyscrapers. 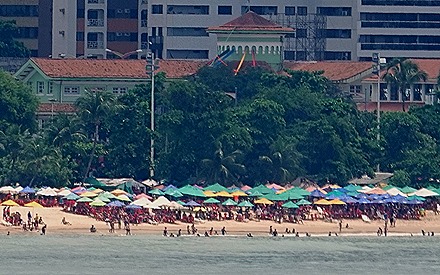 So much for Fortaleza.  We will leave you with an orchid from the Lido where we had lunch as we left Fortaleza and a towel animal that was on our bed that night. 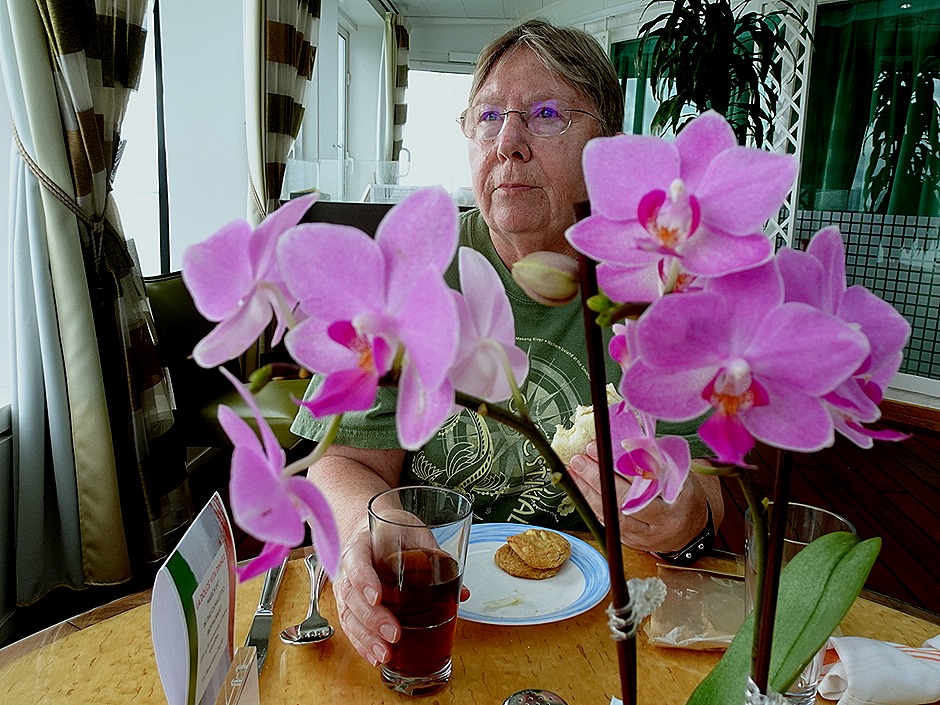