March 6 found us still in Manila.  After exhausting ourselves walking in the humid heat on our first day we were somewhat relieved to be going on a bus excursion today.  Unfortunately, the excursion turned out to be less interesting than we had hoped.

Leaving the port, we had a pleasant if uneventful ride through the countryside.  We stopped at a fruit stand in the mountains and had an opportunity to taste some local fruits, including very sweet bananas about 4 inches long and small pineapples that were very sweet & juicy. 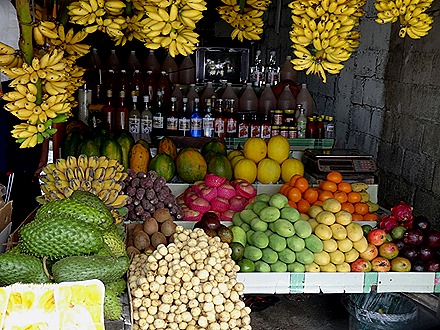 Our destination was the village of Tagaytay, a mountain resort area about an hour from Manila that attracts Manilans because it is a good bit cooler. The primary attraction here is the Taal volcano, the smallest volcano in the world.  It sits in a lake formed by the caldera of a much larger ancient volcano, so it is a volcano inside of a lake inside of a volcano on an island in the ocean. 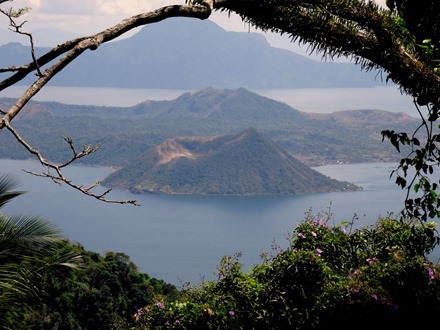 It is possible to visit the volcano: there is a hiking track up the hill to the caldera from a small village on the coast nearby.  But all we were able to do was look at it from the hill behind the hotel where we ate lunch (a pretty good brunch with local food).

At the foot of the mountains on our side of the lake was a fishing village with a lot of fish traps offshore. 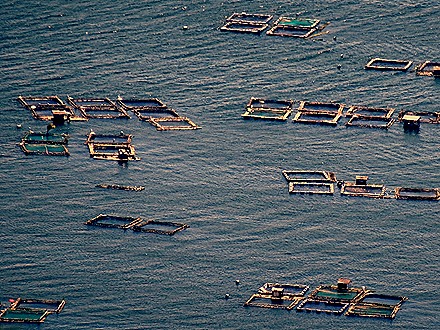 There were some nice flowers on the grounds of the hotel, where we strolled after lunch. 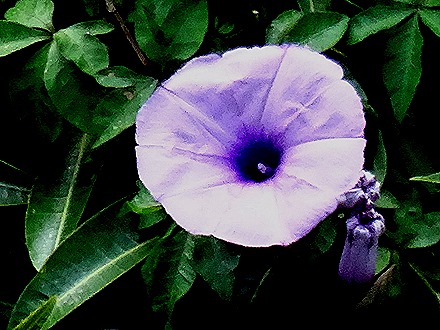 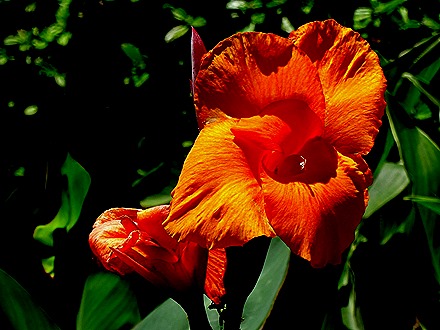 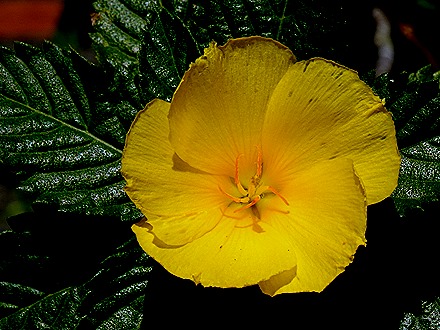 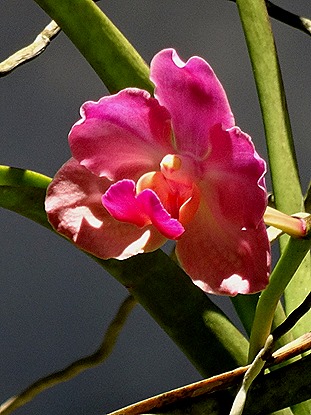 So that was it.  We left Tagaytay & its tiny volcano & headed back to Manila, where we had a brief drive through Intramuros before returning to the ship.  A relaxing day, if not too exciting. 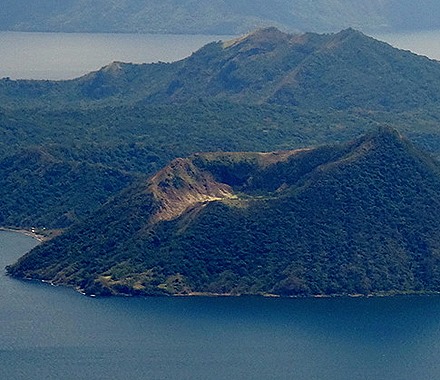 While the day trip was a little disappointing, the sail away from Manila was anything but.  The sun was beginning to drop in the sky as we left & part of the city was covered by a dramatic gray cloud. There were double outrigger fishing boats in the water nearby, apparently heading for home, as we sailed away from the dock.

As we sailed across the huge harbor the sun shone down from behind a cloud onto Bataan (once the location of a notorious Japanese prison camp).

We sailed out of the bay between Corregidor and Bataan.  Unfortunately Corregidor is much smaller & lower, so we were unable to get a good picture of it before the sun went down.

We left the harbor after the sun set & sailed on to our next adventure. 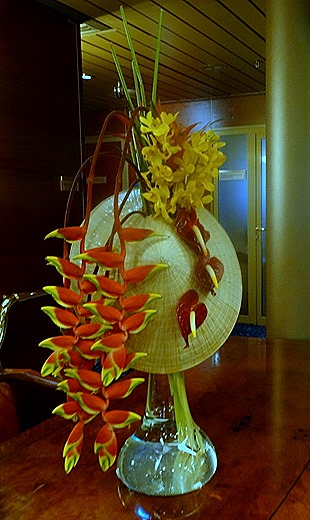