Around noon on July 24 we docked in Torshavn, capital of the Faroe Islands. It came as something of a surprise that we had reached the dock because it had been so foggy all morning that we couldn’t see anything until we were actually at the dock. We were told that fog is common here but it was disappointing since the main thing to see here is the town itself, which we couldn’t.  So getting off the ship didn’t seem like a priority and we waited until after lunch about an hour and a half later. The good news is that by then the fog was starting to lift & the weather remained pretty nice until we were returning the the ship, when the fog started to roll back in. The weather usually doesn’t seem to work that nicely for us; usually on overcast days the sun comes out just as we reboard the ship.

Anyway, Torshavn (TORS-hov-en: no “sh” sound) is a small port city of fewer than 20,000 with lots of fishing. The name means “Thor’s harbor” so it pretty obviously was settled by Vikings. The town’s coat of arms features Thor’s hammer in the center.

After leaving the ship we walked around the east part of the harbor to the old town.  Called Tinganes, it is located on a peninsula jutting out in the middle of the harbor. This is where the Vikings started holding their Thing or Ting, an annual governing meeting, in the Faroes in the 9th Century. Later it became a trading center, probably because of the excellent harbor. Today it is made up largely of wood slatted buildings painted bright red or black, many with sod roofs.  These roofs are interesting; some looked like flourishing lawns while others looked dead. We could see watering hose systems on some of them (visible only on the dead ones, ironically).  The oldest of these houses was built about 500 years ago & many of these old buildings are still inhabited by offices or families. 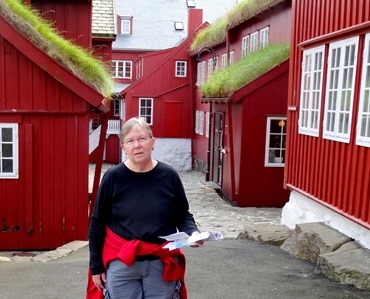 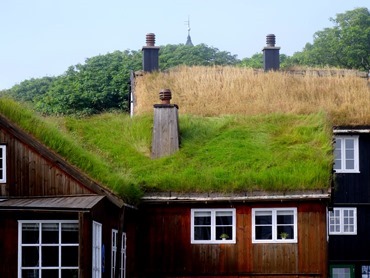 The first place we visited was Havnar kirkja, the Cathedral (presumably Lutheran) of the Faroes.  It has a pretty blue ceiling much like the church in Seydisfjordur and a pipe organ in the balcony over the door.  There are also some model ships hanging from the ceiling.  We were told this is a tradition as thanks to God for bringing the ship home safe, or an offering before sailing to ask that the ship return safe.  The one featured below was built by the crew of a ship that broke up during a storm on New Year’s eve in 1707 and given to the church in thanksgiving for being rescued. 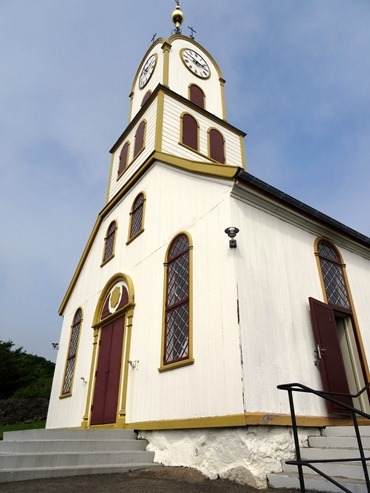 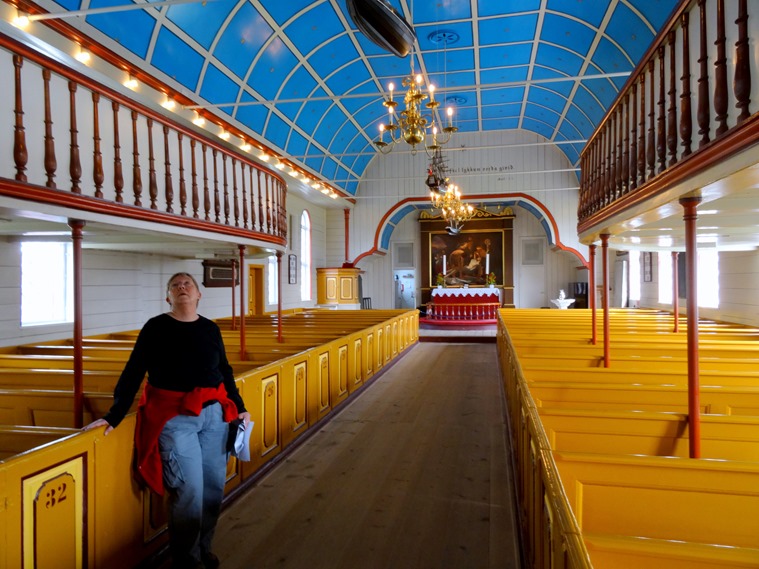 We walked down to the west harbor.  There were several sidewalk cafes by the water & an unusual statue of one Nolsoyar Pall. I have no idea who he was (died in 1809) but the large birds flying over his head made the statue interesting.

We found two libraries in Torshavn, both of them rather disappointing.  The public library (Byarbokasavnid) was not far from the west harbor. It looked like a drab office building & seemed to be doing more business at the ice cream stand inside the entrance than in the book rooms.  The national library (Landabokasavn) was further away on a hill & looked pretty much like a factory.

After a (too) long search we found the Faroe Islands parliament building. It turned out to be a rather nondescript gray wood building we had walked past several times.  Holland America’s write-up of Torshavn said that the parliament had been meeting in this building since the 9th Century, but you can see by the picture below why we didn’t believe that once we saw it.  It turns out that although their parliament (Ting) had been meeting in this area since the 9th Century, it was only moved to this spot in the mid 19th Century when this building was built. So you can’t believe everything you read (but you already knew that). 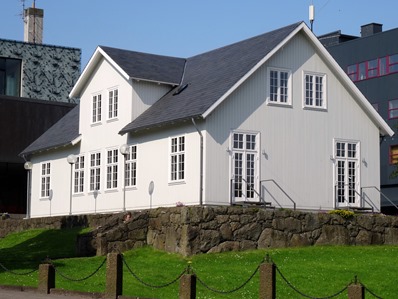 They say that the best thing to see here is the town itself & this appears to be correct.  We came across several photogenic views & a number of interesting houses. 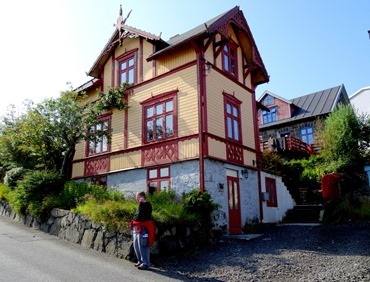 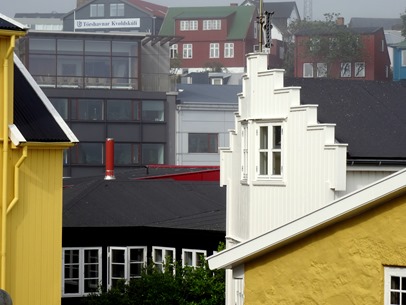 There was a lot of colorful flora in Torshavn, as there have been in most of the ports we have visited. 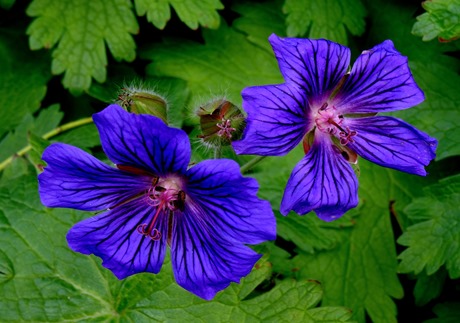 We had fauna here as well, mostly of the winged variety. 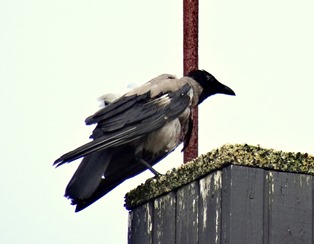 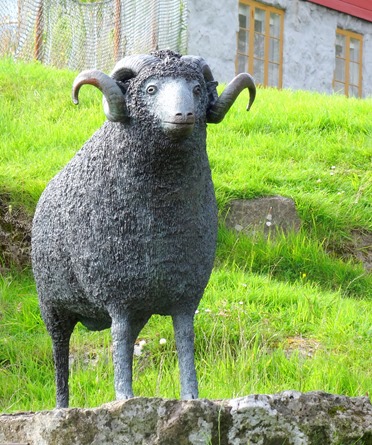 We returned to the ship, as I mentioned at the beginning, just as the fog was rolling back in, and in the evening we set sail for Norway.

This entry was posted on August 7, 2014 by Rick. It was filed under Voyage of the Vikings .