The ship was anchored near the cruise port of Fuerte Amador, comprising three islands off the coast of Panama City.  We had seen the major sights of Panama City on two previous visits so we decided to tender in to Flamenco Island in Fuerte Amador and walk down the causeway to Panama City as far as the Gehry museum.  You can see our visits on previous Panama City visits to the colonial city, the ruins of the original settlement, the canal observation building and other spots here:

The causeway that connects Fuerte Amador to the mainland was built with the rocks and dirt removed from the Culebra Cut when the Panama Canal was dug through the continental divide.  It forms a breakwater protecting the Pacific gateway to the canal from filling up with silt.  It is about three miles long.

The causeway is very nicely maintained.  There is a road down the middle with pedestrian walks along side.  Benches line both sides, with alternate benches facing each way.  And there are a lot of very colorful flowers.  Not to mention the sea views along the rocky shore on both sides. 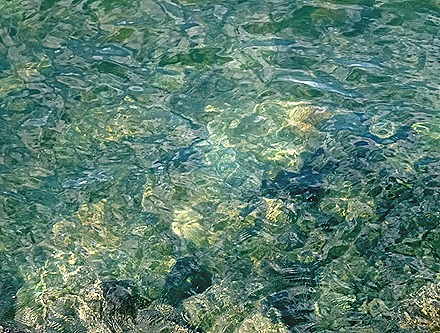 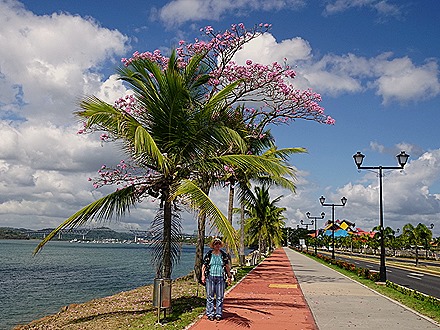 We did not go into the museum.  It’s not a typical museum with artifacts, but with exhibits explaining and promoting biodiversity.  That’s a good cause, but not really something we were anxious to see.  And in Panama they have an irritating practice of charging foreigners almost twice as much as locals for admission to places like this, so it would have cost more than $30 for both of us to enter.  Instead, we walked around their beautiful grounds, full of colorful flowers and trees, including a humongous fig tree shooting down new trunks all around.  They said these new trunks provide additional water, but also provide natural supports for spreading branches wider and wider. 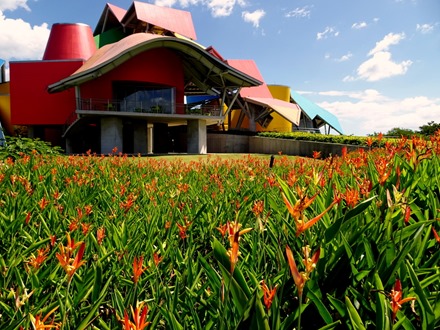 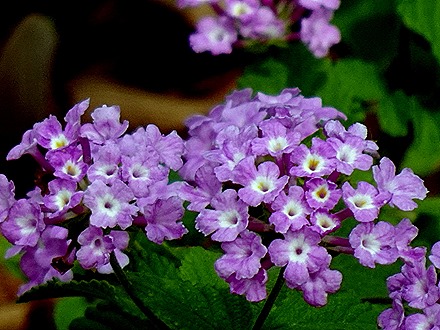 A nice fellow came along and took our picture in front of the museum, after Mary had taken one of Rick.  We sat down on a bench before starting back for a long look at Panama City and especially the colonial part of town.  We could see the church towers in the old town clearly from where we sat. 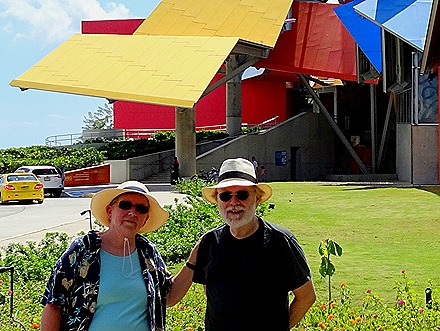 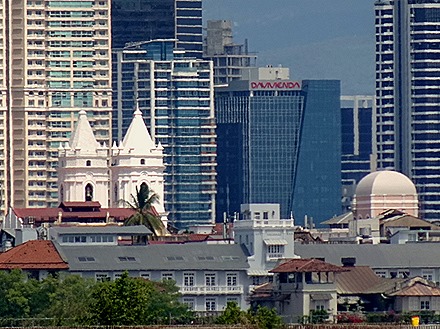 On the walk back we saw more flowers, including blue clematis that was being grown over large metal trellises.  We also saw a number of birds, including what looked like cormorants and a scary bird that looked like a vulture, with a bald red head. 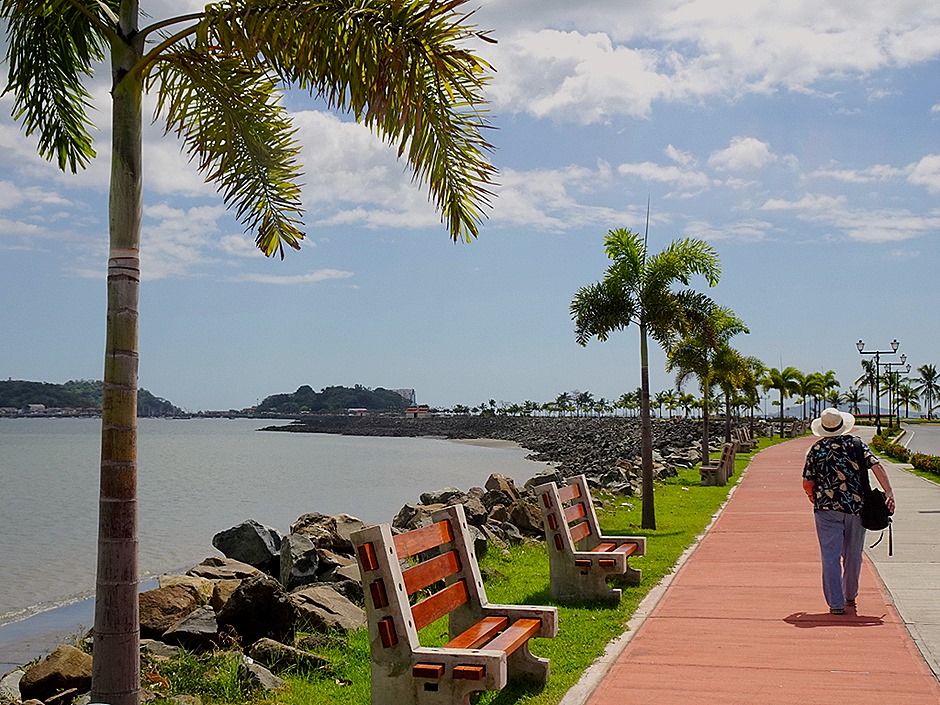 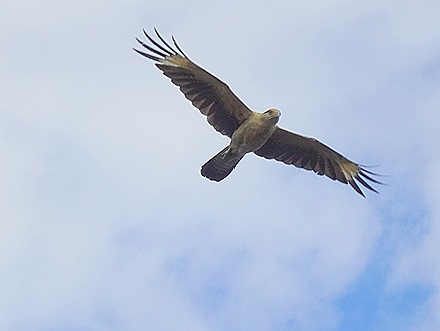 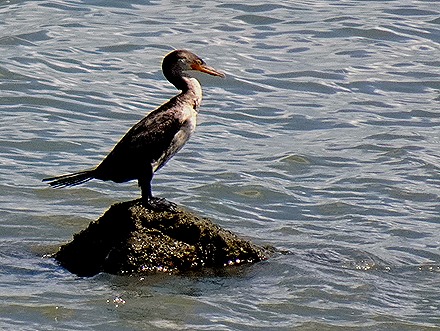 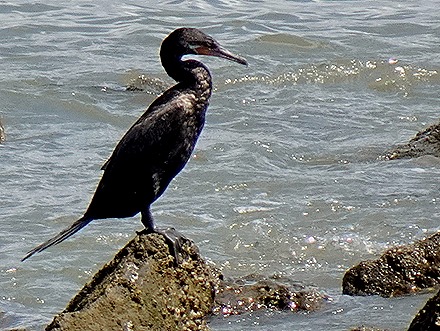 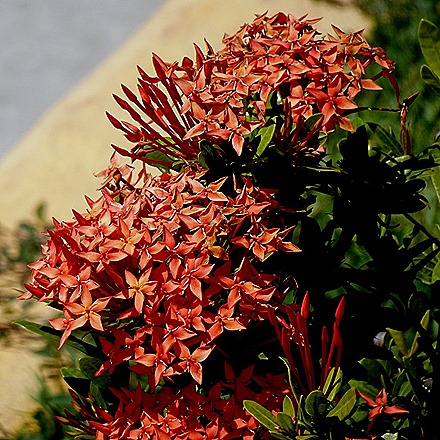 As we neared Fuerte Amador we passed a facility of the Smithsonian Institution, homeboys (and girls) of ours from Washington, D.C.  Its main purpose is studying marine life, but it has a wildlife center open to the public called Punta Culebra.  We had a pizza at a restaurant in Fuerte Amador then caught the tender back to the ship.

Tonight was Panama Hat night, when HAL gives everyone a hat to wear to dinner.  Amazingly, this year’s hat fit Rick (they are usually way too small) and the hats for the women were unusually nice.  Of course the ship’s penguins were fully dressed for the occasion. 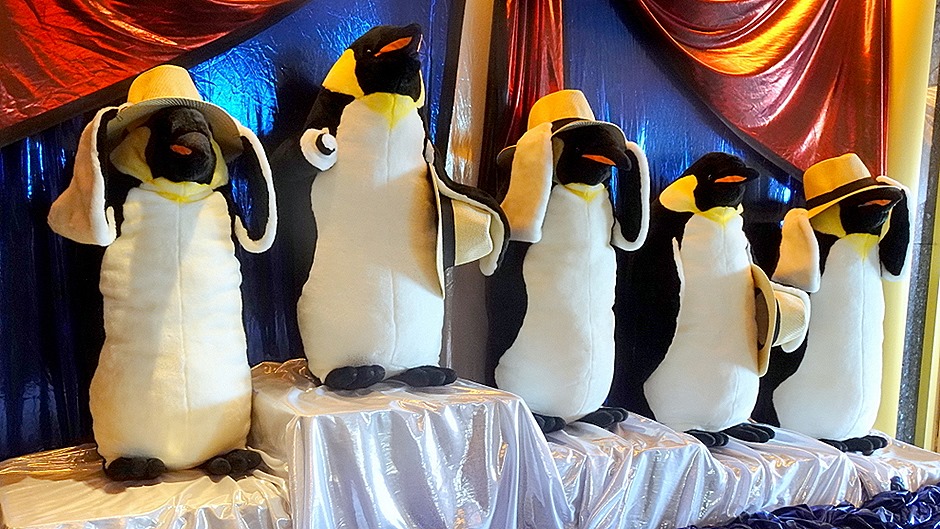 Panama City glowed white in the late afternoon light as the ship prepared to depart.  We also took a last look at Fuerte Amador in the setting sun.